…the essay film, which might be defined as setting out to depict the process of thinking around a given subject, with all its attendant messiness, hesitations, and sudden insights intact…. ~Catherine Lupton, “Memory’s Apostle: Chris Marker, La Jetée, and Sans Soleil“ 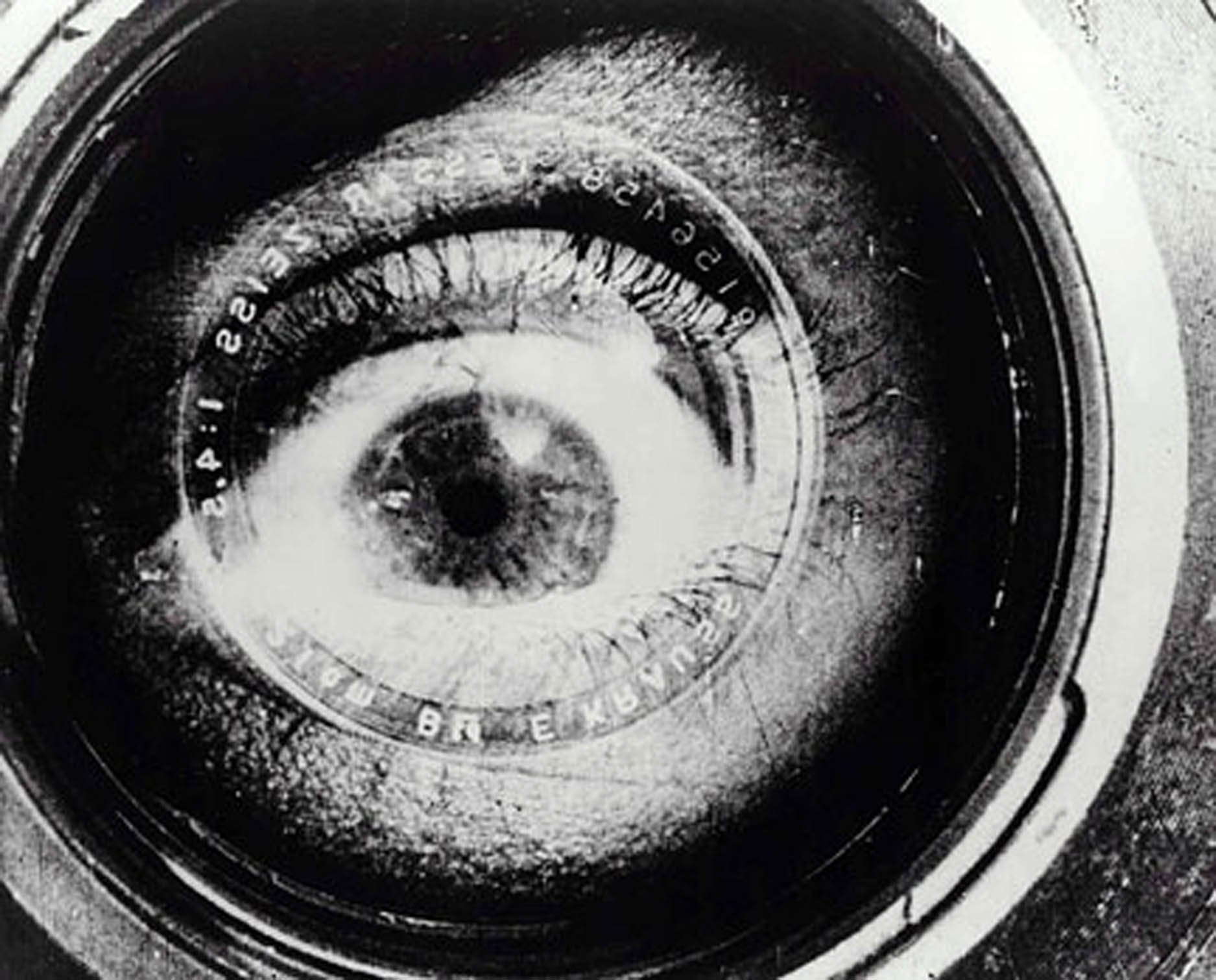 The films I list here are tentative, incomplete attempts or “essays” that reflect on a theme while initiating conversations with narrative cinema. These films are fictional and non-fictional explorations that start in specific narrative premises but venture beyond those beginnings to interrogate the film-making process through the making of film. While such projects run the risk of engaging in indulgent, self-involved navel-gazing or dogmatic, pedantic discourse, these films invite viewers to share in a moment of the film-maker/essayist’s world. They create an intimate encounter and open a dialogue rather than declare absolute statements and pronounce judgment over the self, the other, or the relation between the two.

Unlike other such lists of essay films, this one focuses on contemporary works from the last two decades (except for Thin Blue Line, 1988). Rather than recycle established views of the history of the essay film from its beginnings, through the work of such auteurs as Jean Vigo and Christ Marker, to the contemporary inheritors of that genealogy, this list swerves away from some standard notions of what an essay film is and does to highlight other ways the form has evolved.

Ava DuVernay’s tour de force is a discursive examination of the 13th amendment to the Constitution of the United States that unravels assumptions and perceptions about the living condition of the African-American population in the USA. Despite its mainstream reception as a documentary, the film is unsettling and unsettled in its allegory of the prison system as a surrogate for slavery. The film’s bold and resounding voice of resistance calls out the systemic oppression that has taken on new names and methods to check the place of minorities in the society. The film pulls together many historical threads of the Jim Crow laws, the war on drugs, and police excesses on minorities to offer a passionate, critical view of the unchangingly archaic attitudes that have effortlessly retained the benefits of enslaving a people while retiring the accompanying guilt and judgment.

Michael Moore’s most recent offering is sometimes a parody of US interventions abroad and sometimes a sincere attempt at gathering ideas America could borrow from other nations to improve itself. While learning about prison reform or higher education, Moore is a willing, if somewhat naïve, student of the world. His ironic tone elevates the film as he implies that even in the pursuit of self-improvement, America must take a tyrannical and “invasive” approach. Yet, instead of carrying forward the indignant rage of some of his earlier films; here, Moore presents a humorous and subtle film that makes a broadminded progressive appeal.

Matt Johnson’s thesis film is a found-footage comedy-thriller that daringly fakes a movie about faking the moon landing. In this ode to one of the most famous (or infamous) conspiracy theories about NASA, Johnson deftly incorporates familiar and ridiculous tropes from stoic “men in black” to Stanley-Kubrick-like montages to make a riotously funny film. Johnson’s extensive use of archival footage and the inventive methods he employs to subvert NASA’s image highlight Operation Avalanche as a model of incomplete, exploratory, essay filmmaking.

This collaborative film is as much about contemporary cinematic production, distribution, exhibition, and reception as it is about documenting “the best day ever” of the world. Such a project would have been unimaginable a decade ago when videography technology was less pervasive and the instant sharing of home-videos was in its infancy. This film uses the connective power of YouTube to infuse a new twist in the age-old tradition of compilation films about “a day in the life.” By combining narratives from different parts of the world, this film collects individual experiences that remain distinctly different from one another and yet remind us of the shared canvas the narratives represent. The film is not above the trappings of some clichés of reality TV, which is ordered around dramatic characters and compelling situations. Nevertheless, it succeeds in presenting an impressionistic view of the world through the eyes of a thousand cameras offering glimpses into the lives of millions of strangers.

Built around one of his famous stand-up comedy routines, this film juxtaposes interviews with Greg Walloch and his performances, leaving the audience wondering which parts let us know more about the comedian. The titular gag is Walloch’s hilarious take on the wild presumptions people make because the comedian is disabled and gay. Walloch’s self-deprecating humor lulls us into an easy familiarity with his life before subtly demonstrating the world of difference in his encounters with the world. This optimistic and buoyant movie features a rare mixture that can only be described as “mocking optimism.”

Timothy Treadwell and his girlfriend Amie Huguenard were killed in a grizzly bear attack at the Katmai National Park in 2003. Treadwell was a bear enthusiast killed by the animals he had observed and protected for years. Herzog’s film attempts to examine this incident from the perspectives of the authorities, friends and relatives of the deceased, and Treadwell himself, who had left behind almost 100 hours of footage shot over five years. Grizzly Man is a deeply personal film that is as complex and layered as its misguided protagonist who believed that he was becoming friends with the bears. Famously, Herzog refuses to put the actual attack on film and instead records himself listening to the attack—sharing his experience of the event and asserting his judgment, however flawed, to the audience. The film addresses the difficult relation among tragedy, authenticity, and testimony through its reflexive and self-critical investigation.

This autobiographical account of an Israeli soldier trying to recover suppressed memories from the 1982 Lebanon massacre is an unflinching examination of responsibility towards war-time crimes. The narrator works to reconstruct the events of the massacre by combining the fleeting fragments he and the other soldiers remember. Slowly, they recognize how time and distance from the events hinder their ability to remember or comprehend the massacre. Yet, a lingering guilt does not allow them to evade their complicity. The final moments of this thus-far animated film are a troubling return to a historical accounting as the movie turns to archival footage of the aftermath of the massacre, imagery that stands as a grim reminder of that moment that is fading from the characters’ memories.

Agnes Varda’s evocative and comedic film handles the lofty and pressing issue of food waste in a hungry world with a lightness that is neither condescending nor disdainful toward its subjects—those who glean from what others leave behind. The film critiques modern food culture’s destructive excesses and standardization while demonstrating how gleaning is a strategy of survival and resistance. Along the way, Varda also participates in gleaning—from trash piles, from art history, and from the accidents that happen while she is making the film we are seeing. In this way, she never wastes past images of gleaning, a clock with no hands, or a time when she accidentally leaves the camera while sorting for heart-shaped potatoes. This film is more a celebration of the fringe and outsider practices than a standard critique of the capitalist world.

This chilling film is an indictment of the inexcusable human error and malice within the US criminal justice system. With no voice-over narration and some of the best editing work in a documentary, the film takes an unflattering look at the world of police corruption and random acts of violence. Much like Truman Capote’s book In Cold Blood (1959), this film presents a series of stunning images about the gray zones between the world we perceive as normal, the world we perceive as criminal, and the world of criminal investigation. In the end, the film leaves us with the unsettling feeling that these borders all remain unsettled.

The Gardener starts as an attempt to make a film in Jerusalem about the baha’i faith. It soon rejects a documentary route of compiling facts and statistics and instead offers thoughts and perspectives from the author. The film’s central set up of a father and son dueling with cameras brings out contrarian polemical perspectives about the role of religion, the history of religious conflict, and religion’s ultimate utility. Like many of Makhmalbaf’s films, this one is as much a film about his and his family’s life in exile as it is about the subject matter itself. It is his most philosophical film to date, and it reminds us how remarkably funny and playful a film about religion—even a philosophical one—can be.

While this list is not exhaustive, it puts forward some of the best cinema that offer ways of introspective and impressionistic film-making. Each year, more films reflect the processes that construct the ideas discussed within them. A few succeed, but all try, attempt, or “essay.”

“The Unreliable Narrator in Documentary” By Fiona Otway

Exit Through the Gift Shop…uses the cinematic narrator to implicate all the different levels of narration as possible lies, including the implied author and the cinematic narrator itself. Though this creates abundant confusion as to which voices are trustworthy, it is a storytelling strategy executed with enough self-assurance that the larger meaning of the film–the questioning of authenticity and authorship itself–remains clear. (20-21)