I have now read The Utopia of Film by Christopher Pavsek cover to cover twice and the introduction three more times. It is a book well worth returning to repeatedly for its analysis of these films and filmmakers, its rigorous discussion of critical theory (especially Marxism, Modernism/Post-Modernism, and Frankfurt School Theory), and its dialectical approach to utopia and failure in these films and philosophies. I came to this book for its sustained focus on Kidlat Tahimik—a filmmaker whose work I have often taught but rarely seen put under such thorough scrutiny—and left with a refreshed appreciation of Jean-Luc Godard and a new excitement about the example of Alexander Kluge as well. Before encountering Pavsek, I had only a passing familiarity with Kluge’s work, but after reading his richly engaging analysis of Kluge’s films and philosophy, I have come to consider Kluge in much more critically engaged ways. I have always been strongly influenced by but still wary of T. W. Adorno’s Minima Moralia: Reflections from Damaged Life, Aesthetic Theory, and Negative Dialectics. Now, with Pavsek’s explication of Kluge’s (a student of Adorno) dialectical approach to Adorno, I find Frankfurt School critique ever more applicable to cultural, ethical, political, and aesthetic concerns. 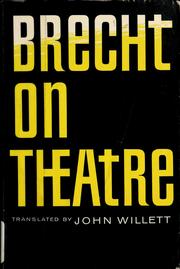 On the first page of his Introduction, Pavsek explains that he has borrowed his title from Kluge’s first essay on film, “Die Utopie Film” and that the book is written under Kluge’s thought that “utopia is an inordinately rich concept possessed of complex temporal dimensions that bind the present to the past and to the future.” According to Kluge, “utopia is a conservative idea, the search for a quality about which one vaguely knows that it existed at some point in the past.” Something is amiss in the present political and cinematic situation due to a failure in the past or the failure of a past event to meet its full potential, and the utopic imperative is the call to redeploy these unrealized possibilities, thwarted ambitions, and disappointed hopes. The utopic impulse is to pursue the realization of failed past promises that a better world, a better life, is possible, and Pavsek’s goal is to examine in detail the films and cinematic practices of Godard, Tahimik, and Kluge (as well as Eisenstein, Marker, and Varda in places) that reflect this utopic drive to engage dialectically with cinematic and political failure and realization seriously. Thus, The Utopia of Film considers how the utopic imperative addresses cinema production, distribution, exhibition, and reception as it “translates into not only a prescription for a form of engaged or partisan filmic practice but also into a form of interpretive method.”

In considering the utopic imperative in regard to the temporal and historical aspects of cinematic and political promises and failures, Pavsek draws on a number of thinkers, including Adorno, Bloch, Benjamin, Brecht, Badiou, Zizek, and Jameson, to carefully articulate “the event of cinema” (7) through Godard, Tahimik, and Kluge. This event, as Pavsek describes it, is a commingling of the possible and desirable, the regulatory and interpellative, the liberatory and the unrealized, especially with regard to the historical differences among the cinemas (and critical milieu) of the 1920s and 1930s, the post-WWII period, and the contemporary period. What Pavsek seeks—through the examples of these filmmakers—is the reactivation of the failed possibilities of emancipatory film and politics, a reactivation made possible only by their having failed previously. Only when we have failed, can we try again.

Pavsek’s approach to this critical engagement with reactivation “can be seen to follow a roughly dialectical progression, recapitulating the famous antagonism between Adorno and Brecht,” and leading to a reconciliation “combining Brecht’s revolutionary didacticism with Adorno’s skepticism and his method of the negative dialectic” articulated in the films and theories of Kluge (17). In other words, Pavsek—taking these filmmakers seriously as thinkers and their films seriously as thinking—follows a path from Godard/Adorno’s pessimism and skepticism, through Tahimik/Brecht’s didacticism, to Kluge’s reconciliation by way of maintaining an openness to antagonistic, discontinuous, contradictory practices and positions.

In chapter 1, Pavsek focuses on three Godard films—Germany Year 90 Nine Zero (1991), JLG/JLG: Self-portrait in December (1994), and Film Socialisme (2010)—in relation to all of Godard’s work to trace the dialectical mode and “profound sense of utopia” imbued in even the most pessimistic seeming of his work, which still speculates on resurrecting the possibilities of the past (25). Pavsek then links this utopic sense to,

a positive, or, rather, a socialist sense: our thoughts and ideas and innermost feelings are never really our own because they are shared and deeply collective; we are all collaborative works in process and in progress that can never really be said to reside in any single solitary—seul—individual. (68)

Rather than pessimistic, then, Godard’s cinematic politics remain joyous, aligned with the socialism that evokes a smile that elicits the act (of love) that dismisses (supersedes) the universe (of capitalism).

Chapter 2 concentrates on Kidlat Tahimik’s “overall aesthetic of recycling…” and inexpertly imagining “an ideal future made from the inheritance of an imperfect past and a deeply flawed present” (20). Concentrating on Tahimik’s three major films—Perfumed Nightmare (1977), Turumba (1983), and I Am Furious Yellow (1981-1991)—Pavsek describes Tahimik’s “cups-of-gas” philosophy as both a filmmaking method and an existential phronesis, a set of practices and interpretive strategies that remain utopic and nostalgic without essentialism, collective and productive without determinism, in oscillation between self-determination and the renunciation of self-determination, and, most of all, “the sign of an irreducible tension of human existence, namely that between the durability of things and their radical impermanence” (149). We lovingly draw from a past that has passed, to forge a future that, one day, will also have passed. This focus on the dialectics of time and history, on failure and utopia, failure and hope, ruins and recycling, according to Pavsek in chapter 3, are synthesized in the work of Alexander Kluge.

Kluge’s ethics, politics, and first principles are the focus of Chapter 3, which examines many of Kluge’s aesthetic and theoretical projects alongside fuller analyses of the films The Assault of the Present on the Rest of Time (1985) and Abschied von gestern (Yesterday Girl, 1965). Kluge’s ultimate point perhaps, suggests Pavsek is that “though the world compels us to live provisionally, it is not made for those of us (most, if not all of us) compelled to live in such a manner” (177) and that “it is difficult to embrace, or love, a world that constantly recedes before one’s grasp” (209). Yet, humanity is more than it appears or grasps, and the cinema has always had the potential to reveal this “more than.” Kluge’s first principle is the thought that human beings have an innate capacity for imagination, a drive to imagine, and that film should provide an experience to provoke that drive. Film should not close down imagination by being excessively obvious; nor should it close down thinking by being excessively didactic. Film should—and this is what cinema strives for and fails to do (so it can continue to strive)—provoke autonomous spectatorial Phantasie through cinematic friction, conflict, unease, and perplexity. It should never tell the spectator what to think or how to think, but stimulate thought by dialectically moving between its images and ideas, its reproductive and compositional aspects, between its sensuality and its conceptuality. This dialectic between the sensuous and the cognitive, mediated by Phantasie, is the utopia of film—the failed, unfulfilled promise of cinema’s (more than any other old or new media) ability to transform historically constituted humanity.

Pavsek’s is an odd grouping of filmmakers, an oddity which he recognizes in his introduction:

I should be clear: to posit that Godard, Tahimik, and Kluge share a fidelity to the dual event of cinema and liberation is not to say that their work together comprises, or emerges from, a tradition in any conventional sense of the term, as one can reasonably assert, for example, that Kluge works within the tradition of the Frankfurt School. Instead, it is to assert a shared engagement with a problematic, namely how one sustains a commitment or a fidelity to a cause or an idea even in the face of that cause’s failure. In each of these filmmakers one finds unique, though resonant, attempts to work through the failures of the project of liberation and of cinema as an art form. (11)

Godard and Kluge come from a European art cinema or second cinema tradition; Tahimik from a third world or third cinema tradition. They produce films and philosophies located in different times and places. They may appear worlds apart. In the end, though, Pavsek claims we should understand that all three filmmakers, and their friends, their comrades in aesthetics, ethics, and politics suggest that as our promises remain unfulfilled, as history blocks the paths to realizing its potential, it fails to provide what we can demand, but it also always provides the possibility for us to try (and fail) again, to solve our problems. Something will always return so we may not tarry in despair but smile the smile that dismisses the universe.