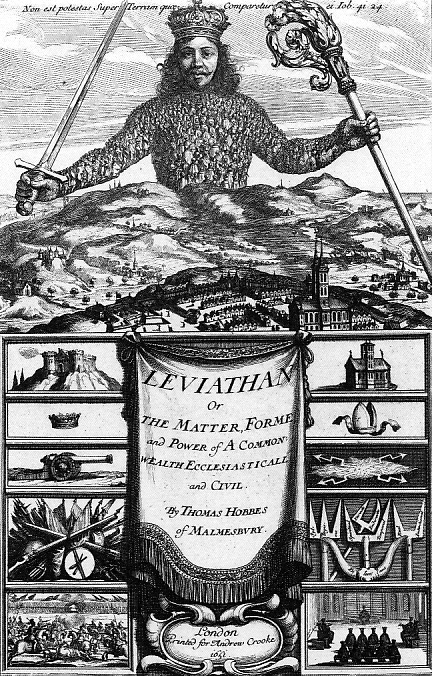 Hereby it is manifest that, during the time men live without a common power to keep them all in awe, they are in that condition which is called war, and such a war as is of every man against every man…. In such condition there is no place for industry, because the fruit thereof is uncertain, and consequently no culture of the earth, no navigation nor use of the commodities that may be imported by sea, no commodious building, no instruments of moving and removing such things as require much force, no knowledge of the face of the earth; no account of time, no arts, no letters, no society, and, which is worst of all, continual fear and danger of violent death, and the life of man solitary, poor, nasty, brutish, and short.

I read David Brooks’ columns in The New York Times almost every week. I read them mostly for the immature pleasure I glean from mocking their silly assumptions, misidentified Rightist ideals, and anachronistic language. (Brooks usually makes me giggle out loud like a teenage pot smoker.) A few weeks ago, though, Brooks surprised me with his piece “The Archipelago of Pain,” which showed an uncanny understanding of the devastating effects of solitary confinement and argued for the abolition of this form of state-sanctioned torture. I was truly surprised and acknowledged Brooks’ achievement in several conversations. (Dude! Brooks, got one right.) This week, however, David Brooks is back to his strange ways. Except, this time, his column did not entertain as much as it infuriated.

In “The Republic of Fear” Brooks takes on the question of living a secure life free from the threat of physical violence and describes such a life in terms of control, order, and police enforcement of the rule of law. (I do grant that most of what Brooks writes is a summary/paraphrase of the book The Locust Effect by Gary A. Haugen and Victor Boutros–a “gripping and perspective-altering book,” according to Brooks.)

In the column, Brooks asserts,

We in the affluent world live on one side of a great global threshold. Our fundamental security was established by our ancestors…. But people without inherited institutions live on the other side of the threshold and have a different reality. They live within a contagion of chaos.

And, the best thing we can do for them, according to Brooks, is to export more of our institutions, especially our police institutions, to them.

Brooks makes so many misguided assumptions in his column I don’t have time to recount them all. Let me just point out that from the first paragraph on, he believes in a We/Them paradigm, where “we” are all the same, have all benefited from a police presence, and would do well to support the expansion of that police presence to other places, for the benefit of other people. Brooks ignores the reality of a police presence for so many people, even within the borders our the USA. He never once mentions police violence against women, people of color, queer folk, impoverished people, or even just people who directly confront the police, stare them in the eye and refuse to conform.

Brooks sees the police in terms of law and order and argues that we have built a system of police protection “for the people” in the “developed world” that should be exported to the “developing word,” where the police serve “to protect the regime from the people.” The police, by definition, always protect the regime; police serve and protect the state, not the citizens of the state, and the case of Warren v. D.C. holds the police have no obligation to protect people. To police is to enforce a top-down “democracy,” always, a hierarchical structure where the law is enforced against the people. Policing, at best, enforces the rule of law. There never has been a policing “for the people,” anywhere.

It is clear that Brooks subscribes to a Hobbesian view of humanity, one where our natural inclination is to be at each other’s throats unless in awe of those who control us. This ideology of policing maintains a top-down structure that thwarts relationships and personal interactions. Policing makes us less human, not more humane.

The goal should be to promote “radical uncertainty,” especially with regard to rule of law. Otherwise, how can new ideas ever arise? The goal can never be to export institutions onto others. The promotion of reparative and transformative justice models, non-coercion, free association, consensus building, dynamic collectivity, and local interventions should take precedence. There is a long list of International strategies that have proven useful alternatives to more policing. Community and neighborhood organizing, crisis centers, helplines and support networks such as in San Francisco, Chicago, and Philadelphia have proven successful at an impressive rate. Examples from Northern Ireland, South Africa, and Australia remind us that we are often safer outside the systems established by our ancestors than we are inside them.

It is extremely important to know if society in the current sense of the term is the result of a limitation of the principle that men are predators of one another, or if to the contrary it results from the limitation of the principle that men are for one another. Does the social, with its institutions, universal forms and laws, result from limiting the consequences of the war between men, or from limiting the infinity which opens in the ethical relationship of man to man?